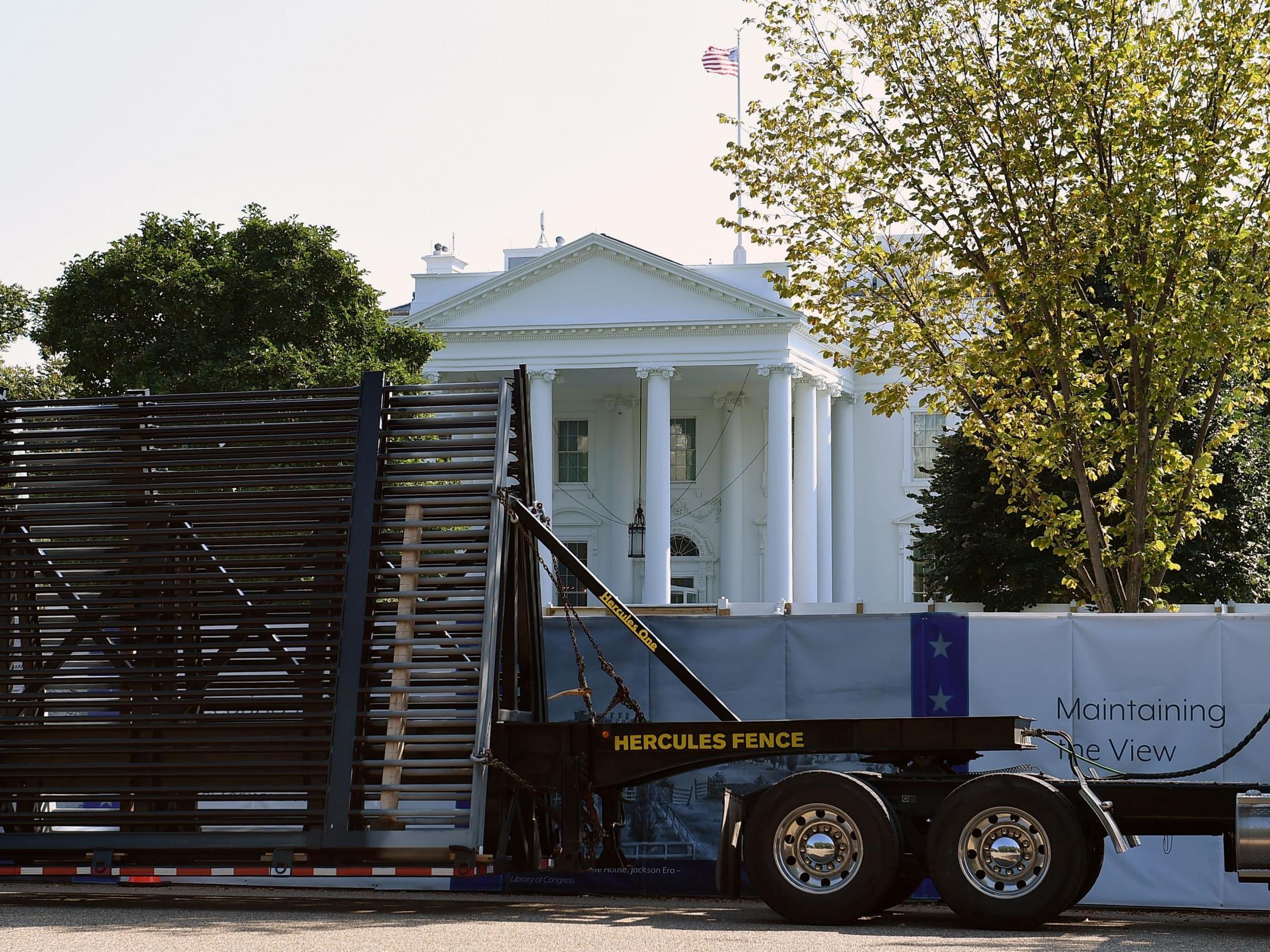 The White House is on course to complete a planned multi-million dollar perimeter fence replacement as construction continues.

Pictures shared online showed construction advancing along Pennsylvania Avenue, where views of the White House are expected to be impaired when the new fence is completed next year.

Parts of the street have been blocked off and a temporary wall has been erected, as construction takes place.

The enhanced security measures also include wider and stronger fence posts, intrusion detection technology, and “future security threat” mitigation, according to the plans.

The current fence, at six-foot tall, was said to have permitted multiple intrusion attempts and lapses in security over the past decade.

One incident in 2014 saw an armed man enter the White House, which led to the resignation of the then chief of the US Secret Service.

The Secret Service, in partnership with the US National Parks Service, says some 3,500 feet of steel fencing will encircle the White House upon the project’s completion.

The construction, which began a year ago, comes after temporary 8-foot barricades and an enhanced security zone were created to counteract Black Lives Matter demonstrations in Washington DC last month.

That decision, which came amid nationwide anger over the Minneapolis police killing of George Floyd – an unarmed black man – was condemned as walling-off protesters from “the people’s house”.

“It’s a sad commentary that the [White] House and its inhabitants have to be walled off,” said District of Colombia mayor Muriel Boswer last month.