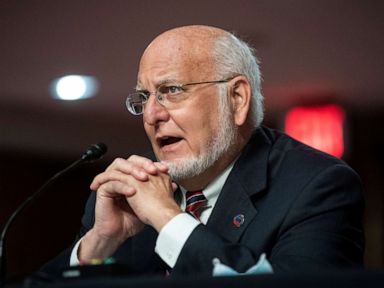 The White House on Friday blocked Robert Redfield, director of the Centers for Disease Control and Prevention, from testifying before Congress next week on how to reopen schools safely, ABC News has confirmed.

The White House is defending the decision to block Redfield’s testimony in a statement from an anonymous official.

“Dr. Redfield has testified on the Hill at least four times over the last three months. We need our doctors focused on the pandemic response,” the official stated.

The CDC has said it’s still working on additional guidance for schools that now isn’t likely to be ready until the end of the month. The delay in delivering a clear national plan for schools has angered many local officials and teachers, who say they lack the information they need on whether it’s safe to return to school next month.

Rep. Bobby Scott, the Democratic chairman of the House Education & Labor Committee who had invited Redfield to testify, said he want school reopenings to be guided by public health experts.

“It is alarming that the Trump administration is preventing the CDC from appearing before the committee at a time when its expertise and guidance is so critical to the health and safety of students, parents, and educators,” said Scott, D-Va.

“This lack of transparency does a great disservice to the many communities across the country facing difficult decisions about reopening schools this fall,” he added.

Federal guidance on schools has been confusing and unclear. While the CDC has recommended that schools impose safety measures like masks and keeping students six feet apart, if possible, President Donald Trump has criticized the guidelines as too tough and expensive. Vice President Mike Pence had promised additional recommendations by the end of this week.

Redfield later told ABC’s “Good Morning America” that the CDC was not planning to revise its initial guidelines.

“It’s not a revision of the guidelines, it’s just to provide additional information to help the schools be able to use the guidance that we put forward,” Redfield claimed in an interview.

“Right now we’re continuing to work with the local jurisdictions to how they want to take the portfolio of guidance we’ve given to make them practical for their schools to reopen,” Redfield said, stressing that the guidelines are not requirement but are “intentionally non-prescriptive” to provide a “spectrum of strategies” for local jurisdictions.

He added: “The one thing I really want to say that would personally sadden me and, I know, my agency, is if individuals were to use these [guidelines] that we put out as a rationale to keep schools closed.”

Another cruise ship in Norway stalled amid infection fears

China’s ambassador to US slams Trump for COVID-19 blame