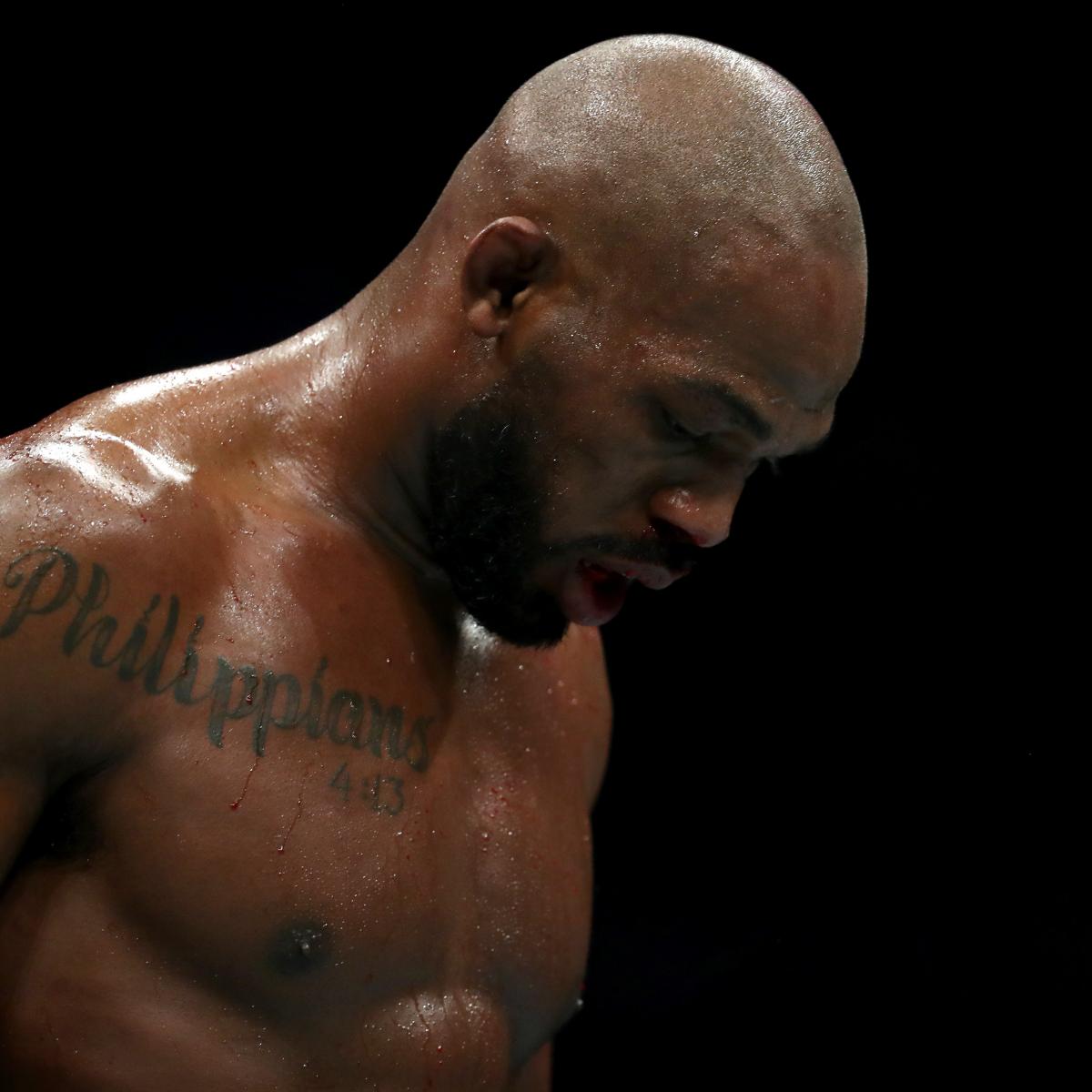 Buckle up, it might be a long time before we see Jon Jones inside a UFC Octagon.

The light heavyweight champion continued his public feud with the promotion he has fought for since 2008. This time, he gave some specifics on just how long he is willing to sit out if the UFC’s pay structure doesn’t see significant changes.

Appearing on Steve-O’s “Wild Ride” podcast, Jones continued to express his frustrations over his pay.

“I don’t want to fight soon,” Jones said (h/t Dave Doyle of MMAjunkie). “I have no interest in fighting in the UFC until I get paid what I believe I’m worth.”

Jones and the company have been publicly feuding since the champion’s win over Dominick Reyes in February. Bones and Francis Ngannou built up a fight on Twitter that would have seen the champ move up to heavyweight for the first time in his career, but it fell through in the negotiations, according to Jones.

After taking “some time to think” Jones initially said in May he would continue in the light heavyweight division and told Jan Blachowicz he would be next. However, it looks like he’s doubling down on his threat to walk away from the sport, at least for an extended period of time.

As Jones sees it, he’s doing it for the younger fighters in the company, not just himself.

“If I have to have a bad relationship with Dana [White, president of UFC], sit out for two years, three years, to bring light to what’s happening, then these are the things people remember you for more than winning belts. I stood for the younger fighters,” Jones said.

Jones also pointed out what he has seen younger fighters who live at the gym because they can’t afford their own housing despite competing in the UFC.

Pay has been a continuous issue in the UFC. The latest Forbes list of the top 100 paid athletes features one MMA fighter, Conor McGregor (16th), while boxing has three fighters in the top 20 alone. Much of McGregor’s wealth can be traced back to his one foray into boxing.

Should Jones follow through with his threat, it would leave a fairly significant hole in the UFC’s roster. Either Jones or career rival Daniel Cormier has been the light heavyweight champion since 2011. The former may not be the biggest draw, but he is still a star in an organization that needs them.

He’s not the only one who appears to be coming to the end of his active days. McGregor retired from the sport on June 6 having fought just once in the last two years against Donald Cerrone. Cormier is set to retire after his next fight with Stipe Miocic, and Nate Diaz has been missing in action since November 2019.

In a sport that relies so much on pay-per-view buys and marketable stars, how the UFC handles one of its biggest stars publicly holding out could play a large role in how the organization moves forward.

One of those stars the UFC has developed of late is Jorge Masvidal. Gamebred has risen from a gate-keeping veteran to legitimate main event talent in the last two years with wins over Darren Till, Ben Askren and Diaz.

The fight with Diaz drew the second-largest live gate in New York in UFC history at over $6.5 million.

The 35-year-old has had grievances of his own having to do with fighter pay. He even asked for his release on Twitter on June 5, saying “If I’m not worth it let me go.” He was soon passed over for the next shot at Kamaru Usman’s title.

Instead the UFC booked the champion to defend his belt against Gilbert Burns and leaving one of their current top draws on the shelf.

Masvidal isn’t taking the same road as Jones, though. The BMF champion recently expressed his respect for Khabib Nurmagomedov and said he would be interested in cutting down to lightweight if the price was right.

Jorge Masvidal says he respects Khabib Nurmagomedov and would fight him at lightweight “if they pay me what I’m worth.”

The idea of Masvidal fighting Nurmagomedov is a fun one. The lightweight champion is undefeated, and his relentless grappling style would be difficult for Gamebred to deal with, but it would be a marketable fight.

The problem is that there isn’t a shortage of marketable fights in the lightweight division. The Eagle has become one of the most recognizable names in the sport off of his feud and subsequent victory over Conor McGregor.

Justin Gaethje is one of the most exciting fighters in the sport and is currently interim champion, and a fight with Tony Ferguson still has intrigue.

At this point, it appears only the biggest money fights are going to lure Masvidal out of inactivity. Unfortunately for him, it doesn’t seem like a move down to lightweight is one of the fights the UFC would go out of its way to make.

News24.com | Rory McIlroy: No need to panic after ‘one or two positive tests’

In Italy, a new normal amid the pandemic while bracing for a second wave