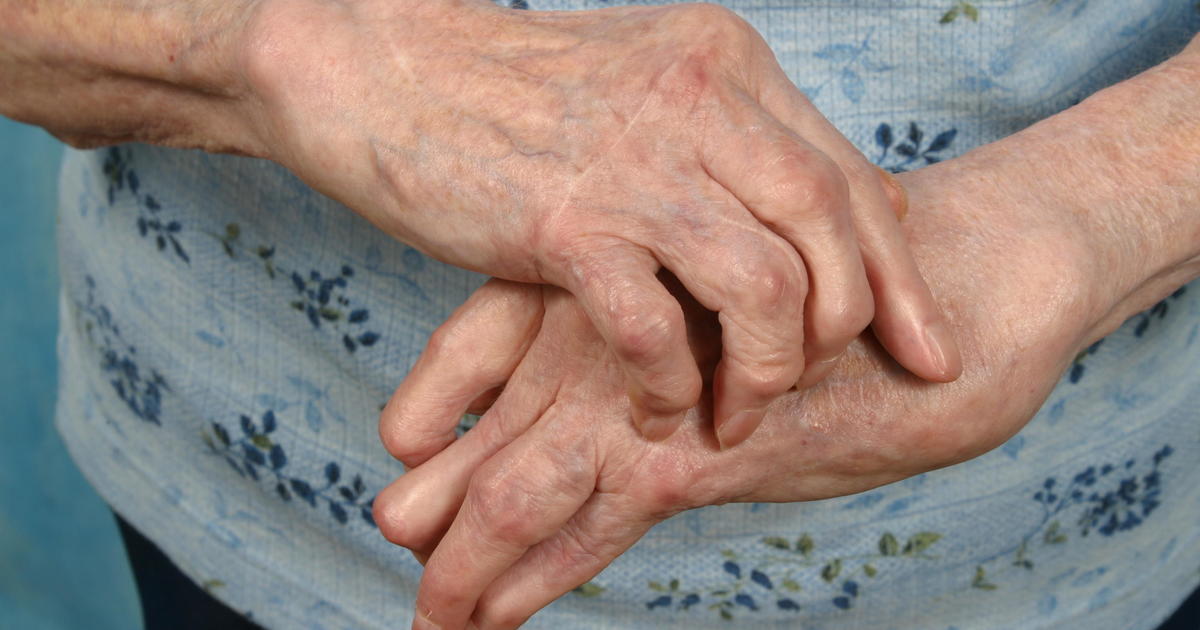 Scientists have discovered a type of cell that they say could open new avenues for treating rheumatoid arthritis.

Rheumatoid arthritis is an autoimmune disorder that results in painful inflammation affecting the joints and other symptoms. While a wide range of treatments exist to help lessen the pain, the condition has no cure. Patients experience painful flare-ups which doctors have had no certain way of predicting.

But now a new study, published in the New England Journal of Medicine, identifies what are known as of preinflammatory mesenchymal cells — or “PRIME cells” — in patients’ bloodstreams before flare-ups occur.

“This study is really exciting to us,” Dr. M. Elaine Husni, director of the Cleveland Clinic’s Arthritis and Musculoskeletal Center, told CBSN anchors Anne-Marie Green and Vladimir Duthiers. “It’s likely going to change the paradigm of how we treat rheumatoid arthritis.”

The small-scale study was conducted on four rheumatoid arthritis patients, with researchers collecting their blood samples for one to four years. The researchers found PRIME cells in 19 additional patients who were tested to validate the study.

“It would be great that if patients could know ahead of time when they might have a flare so that they can plan their day, their week, and so far, we don’t have anything that can do that,” said Husni, who was not involved with the study.

Scientists armed the patients in the study with finger sticks for at-home blood testing and had them send back samples for frequent lab analysis, while also keeping a record of symptoms leading up to flare-ups.

What they found was that PRIME cells, which more closely resemble cells found in bone or cartilage rather than in the blood, began to accumulate in the bloodstream a week before the pain flared up, and then decreased during the flare.

Husni said she hoped the ease with which the samples were collected could create a path towards making the tests “commercially available.”

“Usually we’re used to trials looking at drugs that treat a disease, but here, what they’re looking at is from a simple finger stick that you could do, just three drops of blood that you could do every week and send it in,” she explained, hypothesizing that eventually “it could be stable enough that you could use a home kit, then patients with rheumatoid arthritis can be doing this on a weekly basis.”

Lead researcher Robert Darnell of Rockefeller University and his team are looking at the next steps, which include recruiting more patients to more closely study the PRIME cell and what role it has in signaling flare-ups.

In the meantime, Husni encouraged people living with rheumatoid arthritis to “really understand” their body and possible “triggers” by being mindful of their day-to-day activities and their body’s reaction to them.

“Then you can start kind of having a preemptive chance to reduce those flares and that’s by really understanding your own body,” she said. “You know, a lot of people think, oh, you know, ‘Lack of sleep, but of course I know I should sleep better,’ but really, is that really something that you should think about that might prevent flares if you have rheumatoid arthritis?”

Horror Fans Have More Fun During a Pandemic

Mars Is a Second-Rate Backup Plan

The Hard Problem of Breakfast

Gender Is What You Make of It

The Case for Rapid At-Home COVID Testing for Everyone