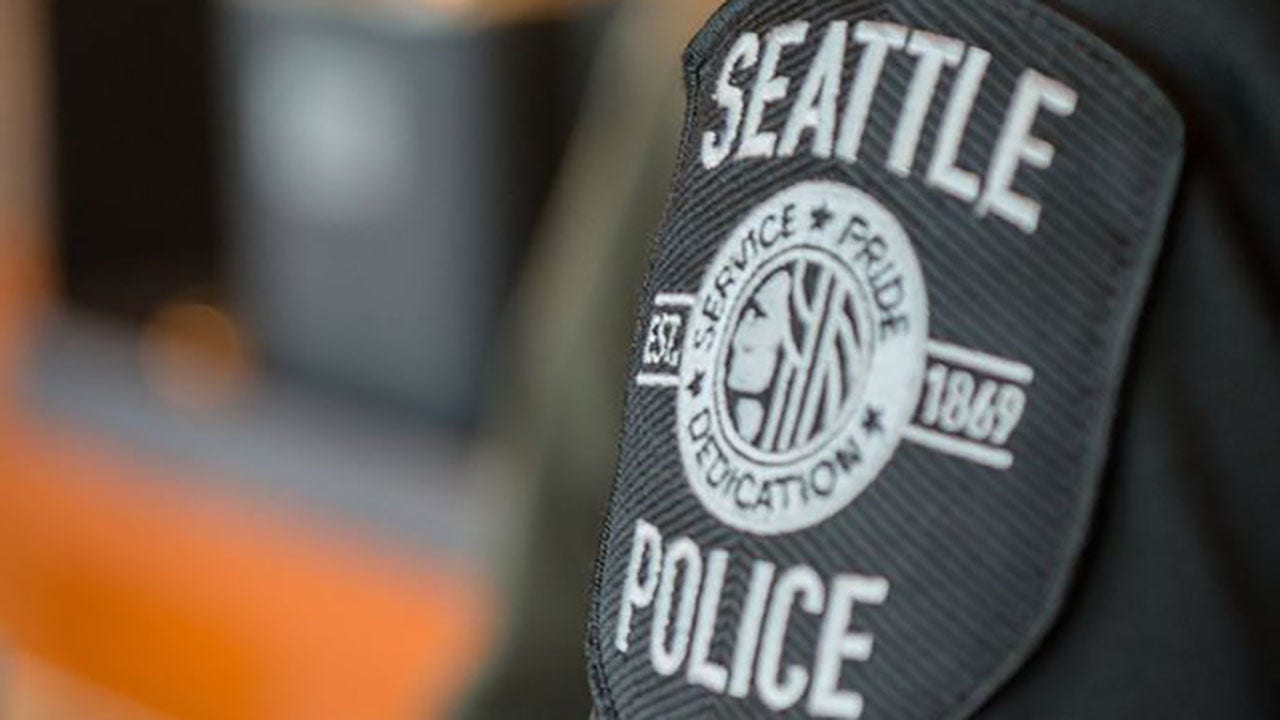 A police precinct in Seattle was attacked Friday night as violent clashes continued there and in Portland, Ore., more than a month after the death of George Floyd in Minneapolis.

Rioters were seen smashing a window at the entrance to the city’s West Precinct, prompting a group of officers in riot gear to charge out of the building and chase the crowd away, video posted on social media by local station KOMO-TV showed.

No officers were reported injured in the confrontation, according to KOMO.

Earlier Friday, Seattle Mayor Jenny Durkan met with some occupants of the city’s controversial “CHOP” occupied protest zone, after some tried to block the city’s effort to dismantle the zone earlier in the day.

A man speaking in to a bullhorn urges protesters not to be violent after workers and heavy equipment from the Seattle Department of Transportation arrived at the the CHOP (Capitol Hill Occupied Protest) zone in Seattle, Friday, June 26, 2020, with the intention of removing barricades that had been set up in the area. Several blocks in the area have been occupied by protesters since Seattle Police pulled back from their East Precinct building following violent clashes with demonstrators earlier in the month.
(AP)

Omari Salisbury, a local journalist who attended the meeting, told reporters afterward that Durkan had agreed to wait until Sunday morning to remove most of the CHOP barriers, The Associated Press reported.

The mayor initially supported the protest but began looking to shut it down after several shootings occurred in what protesters tried to establish as a “police-free” area.

Multiple demonstrations took place in the city Friday, including an Abolish ICE protest at nearby Terry Schrunk Plaza, the news outlet reported.

Earlier Friday, Portand’s police chief and local black leaders spoke out against violence and vandalism after the city’s North Precinct and nearby businesses were attacked the night before, OregonLive.com reported.

Between Thursday night and early Friday, rioters had set fires near the precinct as well as to surrounding structures, FOX 12 Oregon reported.

Seattle Police officers are confronted by protesters, Friday, June 26, 2020 just outside a barricade at the CHOP (Capitol Hill Occupied Protest) zone in Seattle after Seattle Department of Transportation workers arrived with the intention of removing barricades that had been set up in the area, which has been occupied by protesters since Seattle Police pulled back from their East Precinct building following violent clashes with demonstrators earlier in the month.
(AP)

Multiple businesses in the area were also vandalized and looted, the FOX 12 report said.

Photos posted by the station showed smashed windows, debris in the streets and graffiti spray-painted on buildings.

“Protests are effective when they are expensive,” one message read.

The Associated Press contributed to this story.

5 free downloads to keep your PC or Mac secure

News24.com | Tribunal must look into ‘serious’…

Could the Keppel Corporation takeover offer by Temasek be in…

The big puzzle in loans with interest rate subsidy

Aquarius, The Past Returns?

The guest from the depths of space: A possible solution to…