Other countries could be added to quarantine travel restrictions, Shapps hints 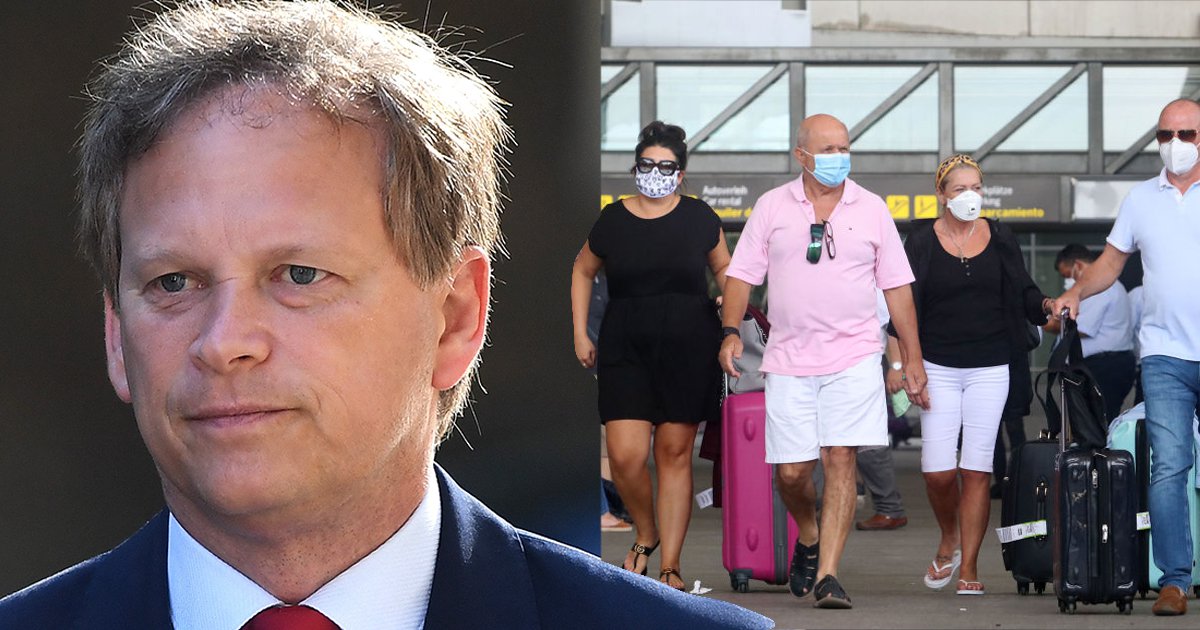 The Transport Secretary has hinted that other countries could be added to the UK’s quarantine measures amid growing concerns that Europe is seeing a second wave of coronavirus.

Grant Shapps told reporters that he ‘cannot rule out’ other countries being included in the UK’s quarantine measures, as he returned to the UK having cut short a family holiday to Spain.

It follows the UK Government’s decision to force arrivals from the country to isolate for 14 days on following a rise in Covid-19 cases.

Mr Shapps will now need to isolate as a result of the new restrictions. He said: ‘We absolutely have to act the moment we get the information and that’s exactly what happened with Spain as we saw and as we’ve seen over the weekend where there was over 6,100 cases – the highest since the peak in March over there.

‘It was the right thing to do and it’s why the whole of the UK did (it) at the same time.

‘I can’t therefore rule out other countries having to go into the quarantine as well.’

His comments come amid reports that Belgium, Luxembourg and Croatia are being closely monitored by the Government, while France and Germany were also touted as possible quarantine candidates earlier in the week.

Mr Shapps said he could understand the frustrations of those impacted by the measures, although he insisted that it was ‘essential’ that the Government acted when it did.

Some travel companies, including Tui and Jet2, have already announced that flights to destinations in Spain will be suspended into August.

Mr Shapps said: ‘I very much understand (the frustrations), it obviously had an impact on me and my family and I’m very, very sorry and upset for the thousands of Brits who are either away or perhaps even haven’t managed to go away this summer as well to Spain.

‘But it’s absolutely essential we acted when we did, it’s why all four nations of the United Kingdom acted together and the figures since have turned out to justify that action.

‘We have to, I think, have a clear message and make sure that we act by adding entire countries to that list for the time being.’

The Transport Secretary also explained that the exclusion of certain Spanish islands from the measures taken by the UK Government had been considered.

Spain’s Prime Minister Pedro Sanchez described the restrictions brought in by the UK as an ‘error’, with Madrid having urged the UK to exclude the Canaries and Balearics from its quarantine requirements.

Mr Shapps said: ‘We did have a look at whether certain islands could be included (on the list) and not others.

‘Chris Whitty, the chief medical officer, was very clear with us that he was concerned about the data, we’d seen how the data had come very fast forward in Spain in 20, 48 hours, it had gone up by 75%.

‘It had doubled in just a few days. He was concerned to see what was happening in the islands and that’s why we make it a whole-country approach in these things.’

Leaders from the UK’s aviation, travel and tourism industries have written to Prime Minister Boris Johnson calling for targeted regional travel corridors and the development of Covid-19 testing.

In a letter seen by the PA news agency, bosses at firms including British Airways, Airlines UK, Jet2 and Heathrow Airport told Mr Johnson the introduction of quarantine measures for Spain represents ‘the latest significant blow to a sector which now risks being permanently scarred’.

They said regional travel corridors would be a ‘clear way forward’ and represent a ‘more nuanced approach to quarantine’.

Bosses also said that Covid-19 testing has the potential to be a ‘game-changing additional tool’ for authorities to safely open up travel without quarantine from countries or regions deemed higher risk, such as the US.

Get in touch with our news team by emailing us at webnews@metro.co.uk.

For more stories like this, check our news page.

MORE: UK has ‘no other option’ but to reintroduce 14-day quarantine for unsafe countries

Get the need-to-know coronavirus news, features and tips, right to your inbox.

News24.com | Here are your Lotto and Lotto Plus results