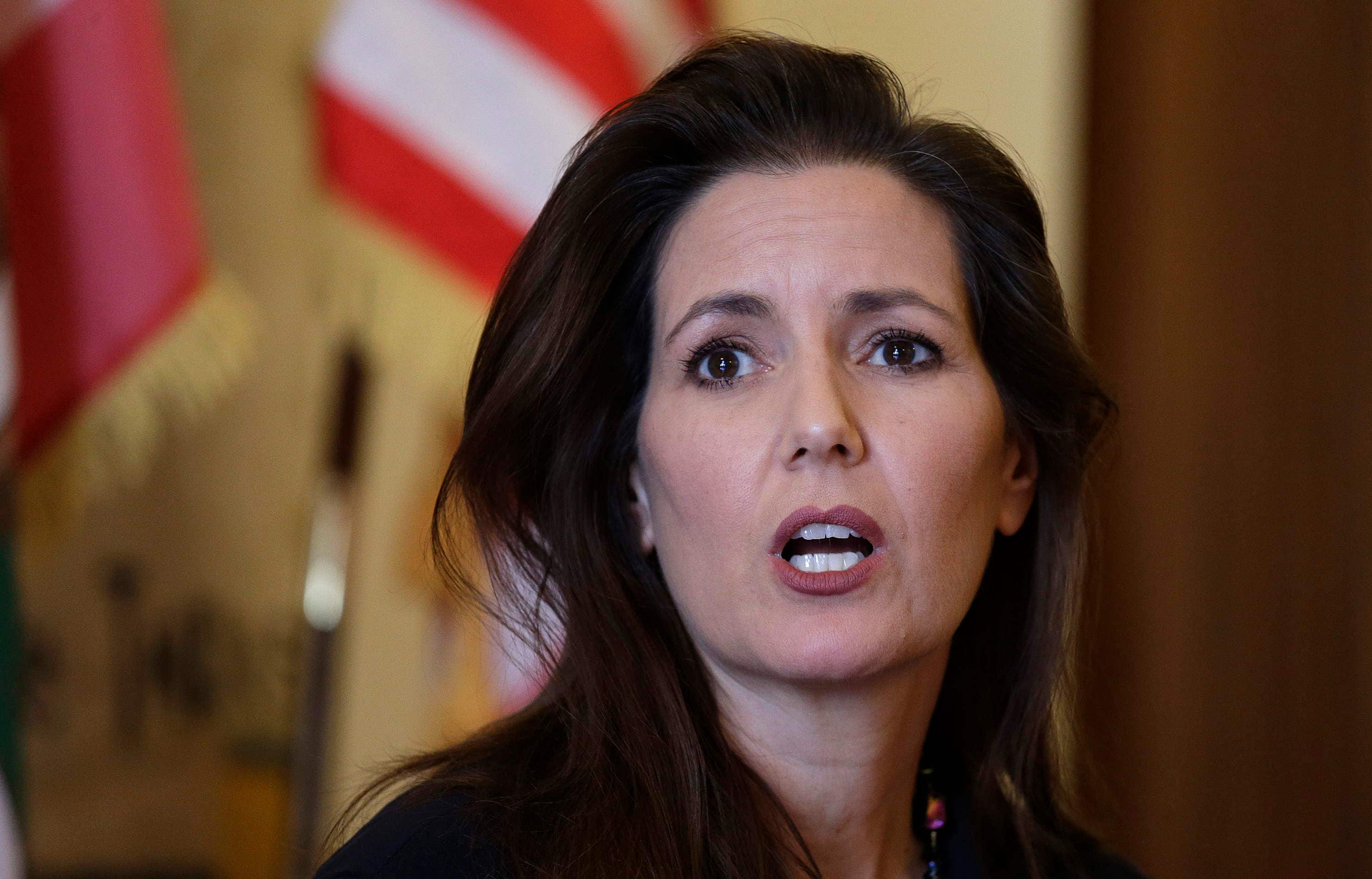 The home of Oakland, Calif. Mayor Libby Schaaf was vandalized in the early hours of Tuesday morning, just before the Democrat cast the deciding vote against defunding the police department.

Around 2 a.m., a group of people shot projectiles at the mayor’s home, set off fireworks and graffitied her house in red paint, according to ABC7 News.

The messages spray-painted on Schaaf’s home call for her to “DEFUND OPD! CANCEL RENT! HOMES FOR ALL!” Other messages include “TAKE RESPONSIBILITY” and “WAKE UP LIBBY.”

OAKLAND MAYOR SAYS PUBLIC SAFETY REFORM ‘MEANS NOT JUST TO REFORM THE POLICE, BUT TO REPLACE THE POLICE’

Witnesses say 30 to 40 people dressed in black and wearing masks  descended upon the home, according to ABC7 News.

“An attack at the home of a publicly elected official does not advance democracy,” Justin Berton, Schaaf’s spokesperson, said in a statement. “This attack, designed to intimidate the Mayor and strike fear into her family, will not stop her from advocating for the policies she believes are in the best long-term interests of her beloved hometown.”

On Tuesday night Schaaf cast the deciding vote not to slash millions from the city’s police department. Schaaf said the council already redirected “an unprecedented $14.3 million from OPD.”

However, Schaaf suggested last month that police officers should be replaced by public employees who can respond to traumatic scenes and other situations she described as unrelated to law enforcement.

“We are excited, as many cities are, to reimagine public safety,” Schaaf said during a call with three other mayors and Rep. Karen Bass, D-Calif., “and that means not just to reform the police, but to replace the police with more trauma-informed and care-based, community-led responses that really don’t warrant a badge and a gun.”

“We have a full Department of Violence Prevention led by a social worker but who carries the exact same title — chief — of equal stature to our police chief …” Schaaf said.

“And these are community-based medics and clinicians that respond to mental health and other appropriate, non-law-enforcement-type needs,” she added. “To have a different kind of response to send out to these 911 calls is something that I believe we all are going to migrate to, and even faster because of the current demand from our communities.”

Oakland is among the cities President Trump said he may send federal law enforcement agents to.

“I’m gonna do something, that I can tell you. Because we are not gonna let New York, and Chicago, and Philadelphia, and Detroit, and Baltimore, and all of these – Oakland is a mess, we’re not gonna let this happen in our country. All run by liberal democrats,” Trump said Monday.

Schaaf rejected the president’s suggestion as a “racist dog whistle.”

“Oakland needs COVID relief – not troops – from our President,” Schaaf said during an interview Monday. “He should stop slandering diverse, progressive cities like Oakland in his racist dog whistles and divisive campaign tactics.”

“We are not experiencing any civil unrest right now. But the presence of Trump-ordered military troops to Oakland would likely incite it,” Schaaf added.

US airlines saw 965% rise in passenger complaints amid coronavirus