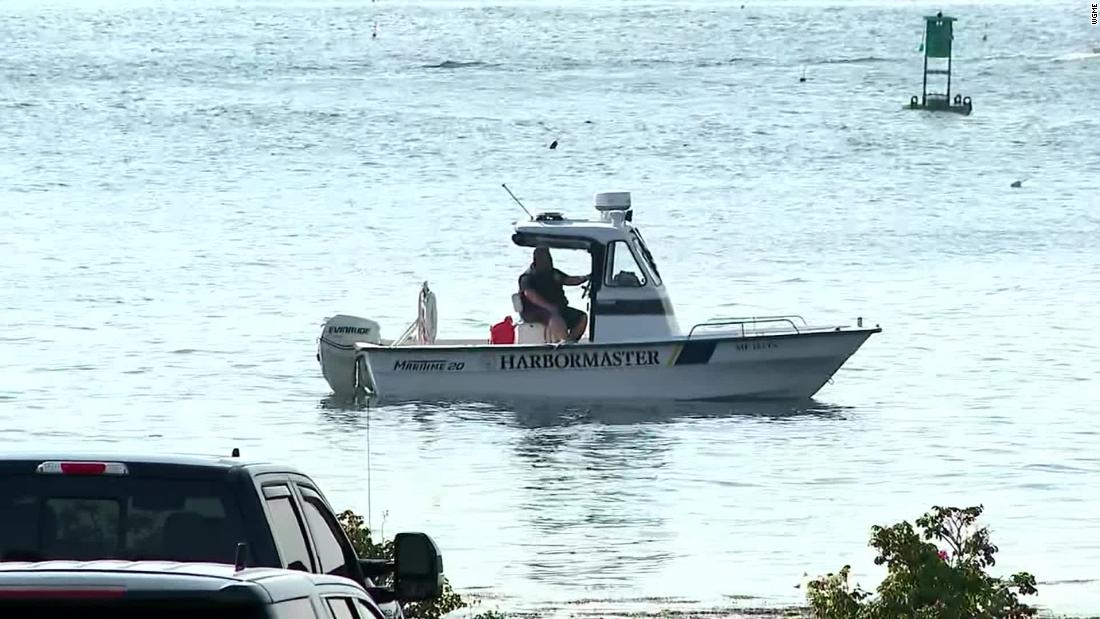 “Today I have the sad duty of confirming that Julie Dimperio Holowach, 63, of New York City, died yesterday as a result of a shark attack while swimming near Bailey Island,” Patrick Keliher, commissioner of the Maine Department of Marine Resources (DMR), said in a statement.
Holowach and her family own a property in Harpswell and visit every summer for four to five months, officials said. The small coastal town is known for its large seacoast and hundreds of small islands just a boat ride away. The Holowachs are well known in the tight-knit community, according to Marine Patrol Major Rob Beal.
On Monday, Holowach, wearing a wetsuit, was swimming 20 yards offshore of Bailey Island with her daughter when she was attacked, DMR said at a news conference on Tuesday. Her daughter was uninjured and able to swim to safety, the agency said.
Kayakers in the area brought Holowach back to shore and called for emergency services, DMR said on Monday. She was pronounced dead at the scene.
“In the face of that type of situation, the fact that they were able to kayak in that area and bring the body back to shore was nothing more than miraculous,” Keliher said. “We sincerely thank them.”
Her death is the first known fatal shark attack in Maine’s history, he said. There has been only one other reported shark attack in the state, according to the International Shark Attack File, a global database of shark attacks. That attack happened in 2010, according to CNN news partner CBC, when a commercial diver working in the Bay of Fundy was attacked by a porbeagle shark.
The diver was uninjured and captured the incident on video. Officials believe the shark thought the diver’s camera was food, according to CBC.

The shark that killed Holowach was a great white shark, Keliher said. A fragment of a tooth was able to help scientists positively identify the species. These sharks are common in Maine waters this time of year, but sightings are relatively rare, according to The Atlantic White Shark Conservancy.
“…White sharks have long been known to be seasonal inhabitants of the Gulf of Maine, and they have been observed preying on seals and porpoises in Maine’s coastal waters,” The Atlantic White Shark Conservancy said in a statement posted on Facebook. “Sightings data, catch records, and tagging data indicate white sharks occur in the region from the early summer through the fall.”
The Maine Marine Patrol surveyed the area by boat and air on Tuesday but didn’t observe any sharks in the area, Beal said at the conference.
“It is tragic but also an isolated incident we are trying to work our way through that the state’s never seen,” Beal said.
Officials emphasized not to swim or paddle around schooling fish or seals, since they are prey for sharks. Increased patrolling will continue in the area and if anyone spots a shark, they are encouraged to call the local marine patrol officer, Beal said.
DNR will continue to investigate this attack, Keliher said. He is working in conjunction with Gregory Skomal, a senior scientist with the Massachusetts Department of Marine Fisheries. Keliher added that Skomal will be reviewing the data related to about 200 sharks that have been tagged in Massachusetts to see if any moved north.

Trump walks out of briefing after CNN question