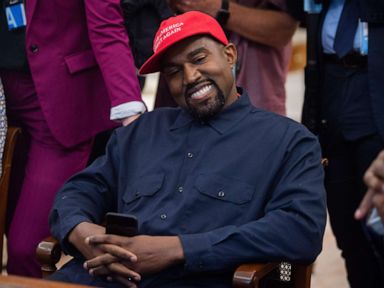 Exactly two weeks after announcing his unlikely bid for president, the rapper announced late Saturday he will be holding the first event of his campaign in South Carolina on Sunday at 5 p.m.

The event will be held at the Exquis Event Center in North Charleston, according to a statement. It is “for registered guests only.”

Those who wish to attend will need to sign up at West’s new campaign site, kanye2020.country — though the site doesn’t appear to have a specific link to sign up for the event yet.

According to a copy of the release shared with ABC News, all attendees will be asked to sign a COVID-19 liability release form, social distance and wear a mask. West will also be holding a pre-rally press event.

Earlier in the day, West had tweeted he was looking to acquire signatures to get on the ballot in the state.

“Hi guys please sign up to put me on the ballot in South Carolina at any of these locations,” he wrote, sharing a list of locations. “You can also sign up at the website kanye2020.country.”

South Carolina’s deadline to file signatures as an independent candidate was moved from July 15 to July 20 at noon because of the state of emergency that was in place. The state does not allow write-in candidates.

West got on the ballot in his first state earlier this week in Oklahoma. The state allows independent candidates to pay a $35,000 fee — small change for rapper and businessman who Forbes says is worth just over $1 billion — to get on the November ballot.

Time is running out for West in many states. He needs 270 electoral votes to win, and there are only 306 electoral votes left among the states, plus Washington, D.C., where the filing deadlines have yet to pass.

If he doesn’t get on all of the ballots for the five states with an Aug. 3 deadline, the reality is he won’t physically be able to win on Election Day.

But reality hasn’t stopped West in the past.

13 shot after fight breaks out in crowd of almost 200, police say

Another cruise ship in Norway stalled amid infection fears

China’s ambassador to US slams Trump for COVID-19 blame