Fourth of July: Military announces plans for flyovers across the country as part of Independence Day celebrations 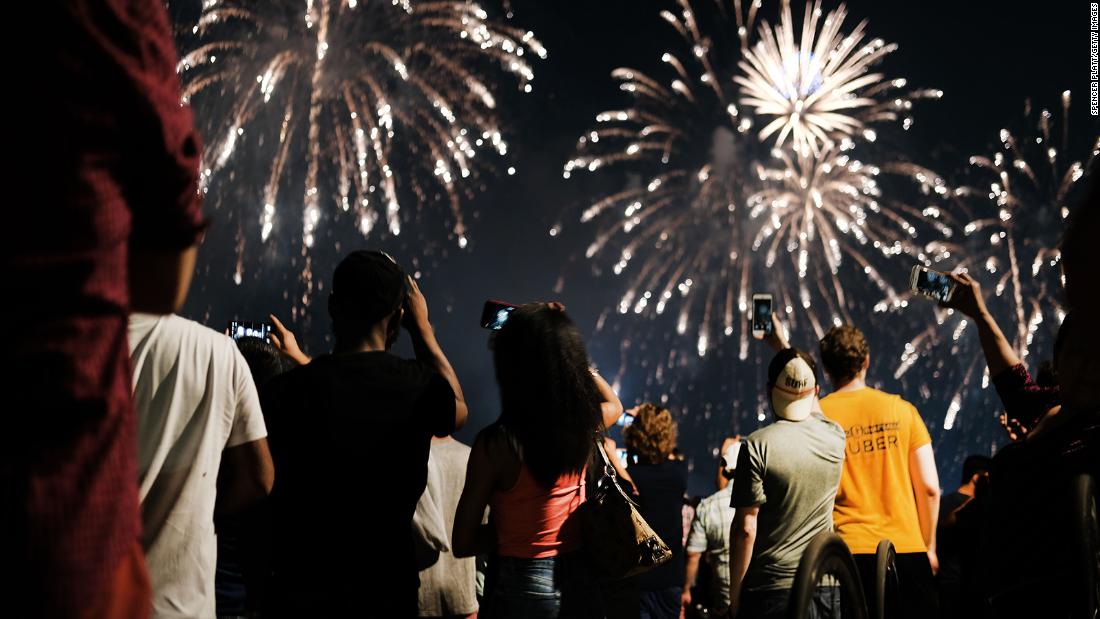 Flyovers are planned over a number of locations, including Mount Rushmore and various East Coast cities, in “an aerial salute to several cities that played roles in the American Revolution,” Pentagon spokesman Lt. Col. Chris Mitchell said in a statement, adding that the exact timing of the flyovers has yet to be announced.

Flyovers will travel from Boston to New York City, Philadelphia and Baltimore before they “join other Department of Defense and heritage aircraft in the Salute to America over our nation’s capital,” Mitchell said.

“DOD will provide aerial, musical and ceremonial support to this year’s celebration in Washington, DC,” he added, and about 1,700 service members total are slated to participated across all of the events.

Last week, the White House announced that President Donald Trump and first lady Melania Trump would host the 2020 Salute to America on the White House South Lawn and the adjacent 52-acre Ellipse, concluding “with a spectacular fireworks display over the National Mall.”

“In addition to music, military demonstrations, and flyovers to honor our Nation’s service members and veterans, the President will deliver remarks that celebrate our independence and salute our amazing heritage,” the White House said in a statement.

The department’s announcement comes a day after a Government Accountability Office report found that costs for last year’s Fourth of July celebration in Washington ballooned due to additional production, security and the transportation of tanks to the National Mall as part of the event.

Independence Day events in 2016, 2017 and 2018 cost $6 million to $7 million annually, the report states, adding that “in 2019, with the addition of the Salute to America event, the Department of Defense (DOD) and Executive Office of the President undertook additional efforts.”

“Estimated costs for the 2019 events on the National Mall increased to more than $13 million,” it continues. “This increase was attributable to the cost for DOD to transport several vehicles to the National Mall, the production and execution of the Salute to America event, and the additional security involved because the President attended the event.”

Last year’s festivities had a pronounced military focus, featuring flyovers, tanks and other ceremonial units such as the Old Guard Fife and Drum Corps, the US Army Band (“Pershing’s Own”) and the US Marine Corps Silent Drill Team.

Mitchell characterized the planned 2020 flyovers on Friday as providing “an opportunity for DoD to demonstrate the capabilities and professionalism of the United States Armed Forces.”

He said the flying hours would simply be used at other locations “for proficiency and training” if they were not conducting the Independence Day flyovers.

CNN’s Ryan Browne and Nikki Carvajal contributed to this report.

Pollster Frank Luntz says Trump’s ‘tone is off’: ‘This is not 2016, Joe Biden is not Hillary Clinton’

Jorge Masvidal hopes Dana White explains recent comments: ‘How is this not a career?’

Roku’s Smart Soundbar is an affordable jack of all trades

News24.com | Nairo Quintana hit by car on training ride in…