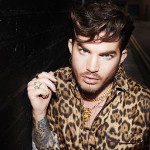 As Pride Month comes to an end, recording artist Adam Lambert decided to keep the spirit of Pride alive on Sunday (June 28) with a special roundtable with LGBTQ professionals in the music industry, from performers to producers.

Lambert’s charitable organization, the Feel Something Foundation, hosted their Pride Music Business Creatives Roundtable on Sunday, where Lambert and a slew of special guests spoke about discrimination in the industry, their own experiences with coming out, and much more.

“In the music industry, especially for those of us that are queer and that are technically ‘outsiders,’ it can be sort of a lonely journey, and it can be sort of isolating,” Lambert said at the outset of the event. “I love the idea of being able to create more of a community feel … we know that there’s a lot more to do.”

Many of the special guests on the roundtable shared their own personal experiences with homophobia in the industry. At one point, pop singer Parson James even revealed that he encountered homophobia from queer executives in the industry.

“These two gay men that were running this company literally told me, ‘Maybe you should tone it down and not be too honest,'” he said. “It was super discouraging for that to be my first instance of ‘okay, will this is what it’s going to be like, even the gays running this company aren’t on my side.’”

Lambert understood exactly what James was describing, having experienced it himself many times. “The ‘tone it down’ comment is etched in poison in my mind. I’ve heard it for years and it’s the worst thing.”

For an artist like Mary Lambert, providing positive representation for LGBTQ kids watching is one of the most important tasks of her job as a singer-songwriter. “Being ourselves as we are authentically is revolutionary,” she said. “I’m going to sing about it, I’m going to write about it and I’m going to fight tooth and nail to continue telling this story because it’s important. Not just for me and for my salvation but for the salvation of future kids who are dying to see someone like me on stage.”

Shamir agreed with Lambert’s point, adding that to not use your platform for good means wasting your platform. “I want to be this all-encompassing artist … using my platform to be as multifaceted as I can be, I think, is just an act of protest within itself,” he said. “I always view anything that I do and how I navigate my career because I don’t take my platform for granted.”

To get a full look at what all the LGBTQ artists had to say, check out the full, hour-long roundtable below:

Bruce Lee’s daughter on ‘kung flu’: ‘My father fought against racism in his movies. Literally.’

What does the $250 million Sony investment mean for Fortnite?

News24.com | Girl, 8, missing after falling into canal in…